How The Pagans Stole Christmas!

How The Pagans Stole Christmas! 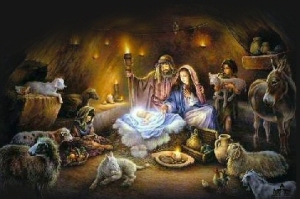 Many Christians think that Christians celebrate Christ’s birth on December 25th because the church fathers appropriated the date of a pagan festival. Almost no one minds, except for a few groups on the fringes of American Evangelicalism, who seem to think that this makes Christmas itself a pagan festival. But it is perhaps interesting to know that the choice of December 25th is the result of attempts among the earliest Christians to figure out the date of Jesus’ birth based on calendrical calculations that had nothing to do with pagan festivals.

Rather, the pagan festival of the “Birth of the Unconquered Son” instituted by the Roman Emperor Aurelian on 25 December 274, was almost certainly an attempt to create a pagan alternative to a date that was already of some significance to Roman Christians. Thus the “pagan origins of Christmas” is a myth without historical substance.

The idea that the date was taken from the pagans goes back to two scholars from the late seventeenth and early eighteenth centuries. Paul Ernst Jablonski, a German Protestant, wished to show that the celebration of Christ’s birth on December 25th was one of the many “paganizations” of Christianity that the Church of the fourth century embraced, as one of many “degenerations” that transformed pure apostolic Christianity into Catholicism. Dom Jean Hardouin, a Benedictine monk, tried to show that the Catholic Church adopted pagan festivals for Christian purposes without paganizing the gospel. 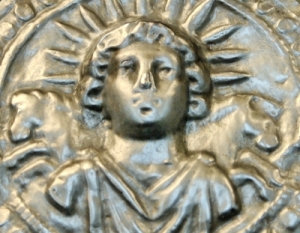 In the Julian calendar, created in 45 B.C. under Julius Caesar​, the winter solstice fell on December 25th, and it therefore seemed obvious to Jablonski and Hardouin that the day must have had a pagan significance before it had a Christian one. But in fact, the date had no religious significance in the Roman pagan festal calendar before Aurelian’s time, nor did the cult of the sun play a prominent role in Rome before him.

There were two temples of the sun in Rome, one of which (maintained by the clan into which Aurelian was born or adopted) celebrated its dedication festival on August 9th, the other of which celebrated its dedication festival on August 28th. But both of these cults fell into neglect in the second century, when eastern cults of the sun, such as Mithraism, began to win a following in Rome. And in any case, none of these cults, old or new, had festivals associated with solstices or equinoxes.

As things actually happened, Aurelian, who ruled from 270 until his assassination in 275, was hostile to Christianity and appears to have promoted the establishment of the festival of the “Birth of the Unconquered Sun” as a device to unify the various pagan cults of the Roman Empire around a commemoration of the annual “rebirth” of the sun. He led an empire that appeared to be collapsing in the face of internal unrest, rebellions in the provinces, economic decay, and repeated attacks from German tribes to the north and the Persian Empire​ to the east.

In creating the new feast, he intended the beginning of the lengthening of the daylight, and the arresting of the lengthening of darkness, on December 25th to be a symbol of the hoped-for “rebirth,” or perpetual rejuvenation, of the Roman Empire, resulting from the maintenance of the worship of the gods whose tutelage (the Romans thought) had brought Rome to greatness and world-rule. If it co-opted the Christian celebration, so much the better.

It is true that the first evidence of Christians celebrating December 25th as the date of the Lord’s nativity comes from Rome some years after Aurelian, in A.D. 336, but there is evidence from both the Greek East and the Latin West that Christians attempted to figure out the date of Christ’s birth long before they began to celebrate it liturgically, even in the second and third centuries.[ii] The evidence indicates, in fact, that the attribution of the date of December 25th was a by-product of attempts to determine when to celebrate his death and resurrection.

How did this happen? There is a seeming contradiction between the date of the Lord’s death as given in the synoptic Gospels and in John’s Gospel. The synoptics would appear to place it on Passover Day (after the Lord had celebrated the Passover Meal on the preceding evening), and John on the Eve of Passover, just when the Passover lambs were being slaughtered in the Jerusalem Temple for the feast that was to ensue after sunset on that day.

Solving this problem involves answering the question of whether the Lord’s Last Supper was a Passover Meal, or a meal celebrated a day earlier, which we cannot enter into here. Suffice it to say that the early Church followed John rather than the synoptics, and thus believed that Christ’s death would have taken place on 14 Nisan, according to the Jewish lunar calendar. (Modern scholars agree, by the way, that the death of Christ could have taken place only in A.D. 30 or 33, as those two are the only years of that time when the eve of Passover could have fallen on a Friday, the possibilities being either 7 April 30 or 3 April 33.)

However, as the early Church was forcibly separated from Judaism, it entered into a world with different calendars, and had to devise its own time to celebrate the Lord’s Passion, not least so as to be independent of the rabbinic calculations of the date of Passover. Also, since the Jewish calendar was a lunar calendar consisting of twelve months of thirty days each, every few years a thirteenth month had to be added by a decree of the Sanhedrin to keep the calendar in synchronization with the equinoxes and solstices, as well as to prevent the seasons from “straying” into inappropriate months.

Apart from the difficulty Christians would have had in following—or perhaps even being accurately informed about—the dating of Passover in any given year, to follow a lunar calendar of their own devising would have set them at odds with both Jews and pagans, and very likely embroiled them in endless disputes among themselves. (The second century saw severe disputes about whether Pascha had always to fall on a Sunday or on whatever weekday followed two days after 14 Artemision/Nisan, but to have followed a lunar calendar would have made such problems much worse.)

These difficulties played out in different ways among the Greek Christians in the eastern part of the empire and the Latin Christians in the western part of it. Greek Christians seem to have wanted to find a date equivalent to 14 Nisan in their own solar calendar, and since Nisan was the month in which the spring equinox occurred, they chose the 14th day of Artemision, the month in which the spring equinox invariably fell in their own calendar. Around A.D. 300, the Greek calendar was superseded by the Roman calendar, and since the dates of the beginnings and endings of the months in these two systems did not coincide, 14 Artemision became April 6th.

In contrast, second-century Latin Christians in Rome and North Africa appear to have desired to establish the historical date on which the Lord Jesus died. By the time of Tertullian they had concluded that he died on Friday, 25 March 29. (As an aside, I will note that this is impossible: 25 March 29 was not a Friday, and Passover Eve in A.D. 29 did not fall on a Friday and was not on March 25th, or in March at all.)

So in the East we have April 6th, in the West, March 25th. At this point, we have to introduce a belief that seems to have been widespread in Judaism at the time of Christ, but which, as it is nowhere taught in the Bible, has completely fallen from the awareness of Christians. The idea is that of the “integral age” of the great Jewish prophets: the idea that the prophets of Israel died on the same dates as their birth or conception.

It is to this day, commemorated almost universally among Christians as the Feast of the Annunciation, when the Archangel Gabriel​ brought the good tidings of a savior to the Virgin Mary​, upon whose acquiescence the Eternal Word of God (“Light of Light, True God of True God, begotten of the Father before all ages”) forthwith became incarnate in her womb. What is the length of pregnancy? Nine months. Add nine months to March 25th and you get December 25th; add it to April 6th and you get January 6th. December 25th is Christmas, and January 6th is Epiphany.

Christmas (December 25th) is a feast of Western Christian origin. In Constantinople it appears to have been introduced in 379 or 380. From a sermon of St. John Chrysostom​, at the time a renowned ascetic and preacher in his native Antioch, it appears that the feast was first celebrated there on 25 December 386. From these centers it spread throughout the Christian East, being adopted in Alexandria around 432 and in Jerusalem a century or more later. The Armenians, alone among ancient Christian churches, have never adopted it, and to this day celebrate Christ’s birth, manifestation to the magi, and baptism on January 6th.

Western churches, in turn, gradually adopted the January 6th Epiphany feast from the East, Rome doing so sometime between 366 and 394. But in the West, the feast was generally presented as the commemoration of the visit of the magi to the infant Christ, and as such, it was an important feast, but not one of the most important ones—a striking contrast to its position in the East, where it remains the second most important festival of the church year, second only to Pascha (Easter).

In the East, Epiphany far outstrips Christmas. The reason is that the feast celebrates Christ’s baptism in the Jordan and the occasion on which the Voice of the Father and the Descent of the Spirit both manifested for the first time to mortal men the divinity of the Incarnate Christ and the Trinity of the Persons in the One Godhead.

And the pagan feast which the Emperor Aurelian instituted on that date in the year 274 was not only an effort to use the winter solstice to make a political statement, but also almost certainly an attempt to give a pagan significance to a date already of importance to Roman Christians. The Christians, in turn, could at a later date re-appropriate the pagan “Birth of the Unconquered Sun” to refer, on the occasion of the birth of Christ, to the rising of the “Sun of Salvation” or the “Sun of Justice.”

[i] William J. Tighe is Associate Professor of History at Muhlenberg College in Allentown, Pennsylvania, and a faculty advisor to the Catholic Campus Ministry. He is a Member of St. Josaphat Ukrainian Catholic Church in Bethlehem, Pennsylvania. He is a contributing editor for Touchstone.

[ii] Further evidence is on Catholic Encyclopedia: “The first evidence of the feast is from Egypt. About A.D. 200, Clement of Alexandria (Stromata I.21) says that certain Egyptian theologians “over curiously” assign, not the year alone, but the day of Christ’s birth, placing it on 25 Pachon (20 May) in the twenty-eighth year of Augustus. [Ideler (Chron., II, 397, n.) thought they did this believing that the ninth month, in which Christ was born, was the ninth of their own calendar.] Others reached the date of 24 or 25 Pharmuthi (19 or 20 April). With Clement’s evidence may be mentioned the “De paschæ computus”, written in 243 and falsely ascribed to Cyprian (P.L., IV, 963 sqq.), which places Christ’s birth on 28 March, because on that day the material sun was created.”